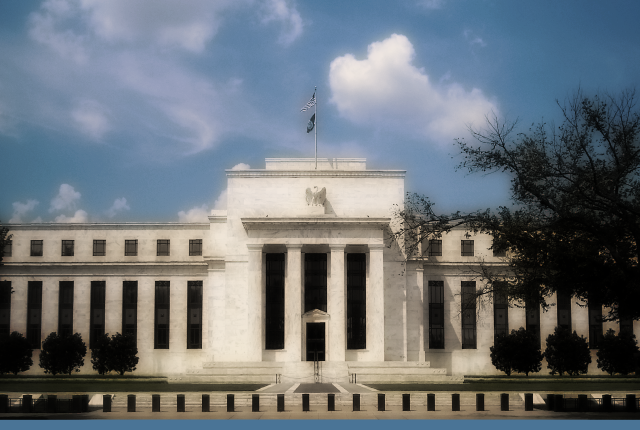 Is the Fed Going to Raise Rates in December?

“The daily effective federal funds rate is a weighted average of rates on brokered trades.” [Source].

Let’s see if we can draw some insight on when they are going to raise the rates by looking at the EUR/USD 1-day chart, and the daily effective federal funds rate, from before the FOMC changed the target rate on December 16, 2008 from a target of 1% to a target of between 0.00 and 0.25%, where it has remained since.

What Happened to the EUR/USD Last Time? 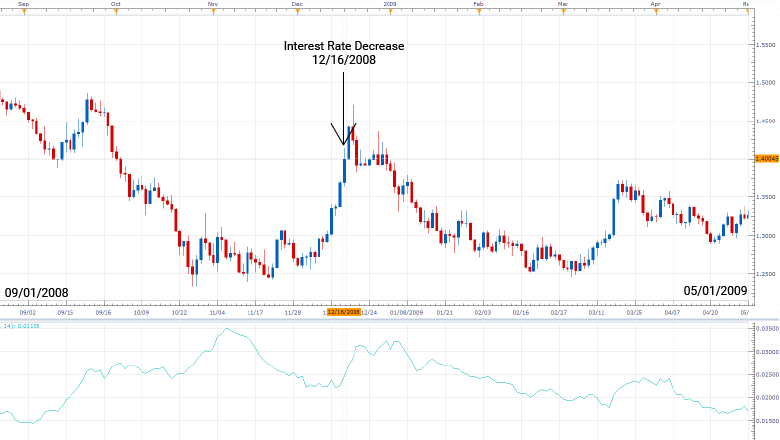 Now let’s see if either of these observations are present in today’s market.

What Is Happening Now?

Let’s take a look at the EUR/USD over the past few months to see if there has been a spike in volatility (using the ATR) and/or if the USD has begun to depreciate against the EUR.

What Happened to the Daily Effective Rate Last Time? 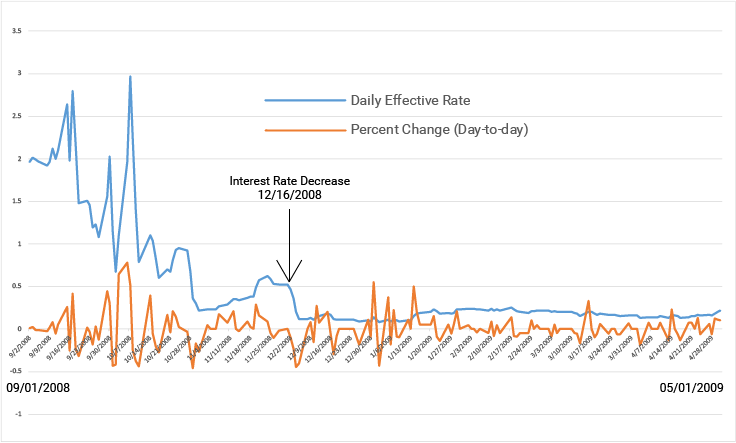 General guideline and what to look out for that might signal a change in the interest rate target:

What Is Happening Now?

Let’s take a look at the same variables from the months leading up to today: 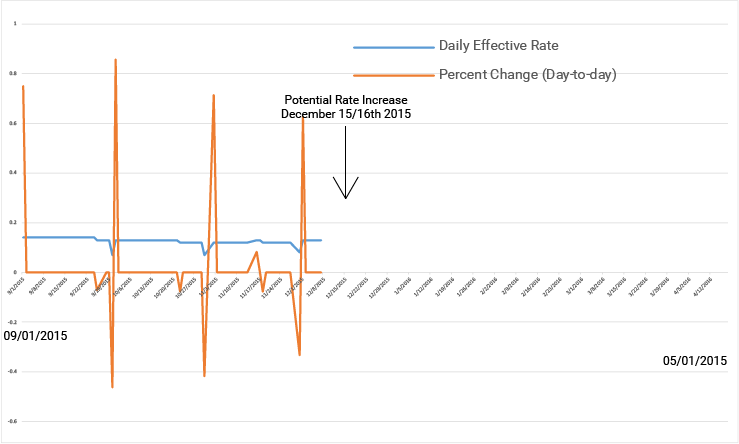 EUR/USD is not behaving as I would expect (USD appreciation against the EUR) and low volatility and the volatility in the percent change in the daily effective rate from day-to-day is relatively flat and regular, suggesting the market doesn’t expect a change.

It is still a bit early to tell so we will see what happens in the next few days, but as of right now, there is no indication, other than speculation, that the Fed is going to raise rates. We’ll keep an eye on volatility as the FOMC meeting approaches.

We’ll also look at how you can trade the announcement and the daily effective rate with TRAIDE in the next article!