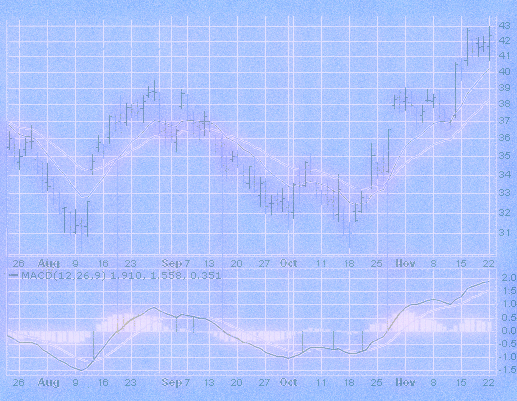 How to Trade the MACD Part 2: A High-level Analysis of the MACD Histogram Feature

In our last article, we investigated the MACD Line feature of the MACD and the historical patterns over the past few years using three common indicator settings.

Without a strong reason to move away from an EMA and towards and SMA, we are going to stick to using an EMA for the MACD Signal Line. An EMA is more responsive than an SMA; weighting the most recent data more heavily and is thus more responsive to changing market conditions.

How The MACD Histogram Is Traded

The first thing we do is open TRAIDE and select our data:

The x-axis is the value of the MACD Histogram split up into bins. The y-axis is the number of trades for each histogram bar in each bin. For example, the bin marked by -0.00059 on the left and 0.00059 on the right had about 120 instances where the following day’s close price was higher than the previous day’s close and about 115 days where the following day's close price was less than the previous day’s close. 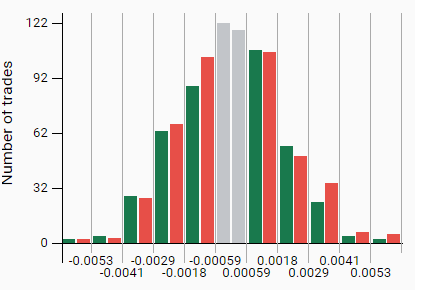 Just like in the previous article, we want to first ignore the ambiguous data. The bin -0.00059 to 0.00059 contains days that have either a positive or negative MACD Histogram value. We will ignore those values for the purposes of this study.

To test our hypothesis, we want to go long when the histogram was above 0 and go short when it was below 0. To do this we simply click on all the green bars that are positive and see if we were greater than 50% accurate. The same goes for testing short trades. We simply select all of the red bars in bins that are negative and see if we were over 50% accurate. The statistics table below the histograms in TRAIDE will display accuracy. 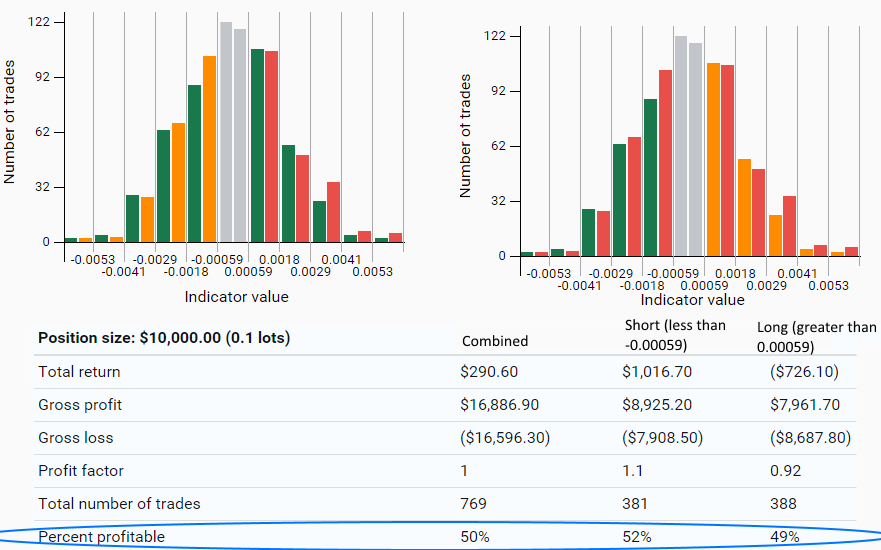 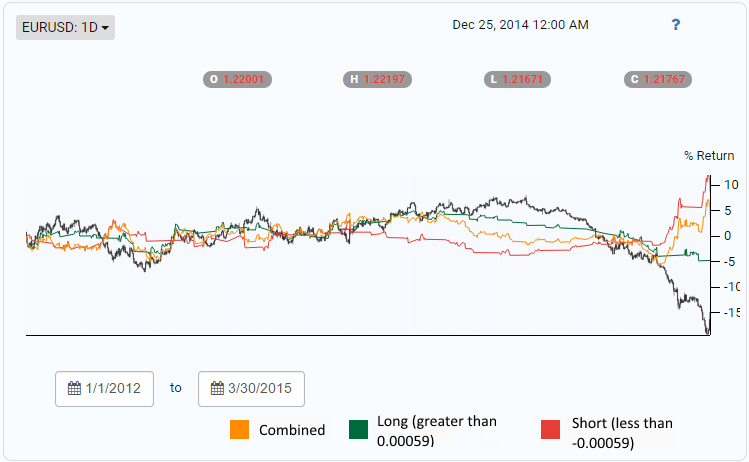 What we see is that we had relatively flat performance when we simulated going long when the Histogram was positive and short when it was negative, until very recently. What I am looking for is consistent accuracy over my whole date range. 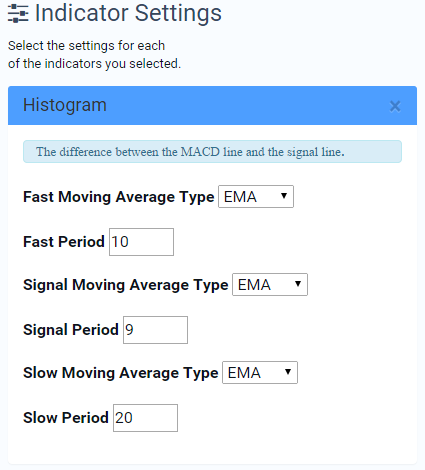 Let’s check out the distribution of data: 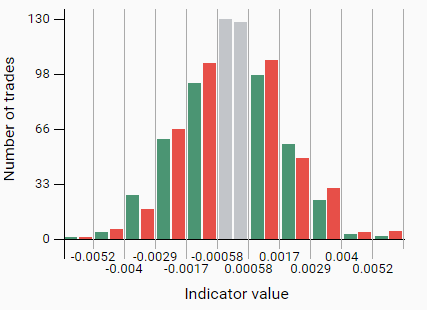 I grayed out the ambiguous data and colored the bars dark red/green for convenience. Right away, it does not look like there is an obvious pattern. 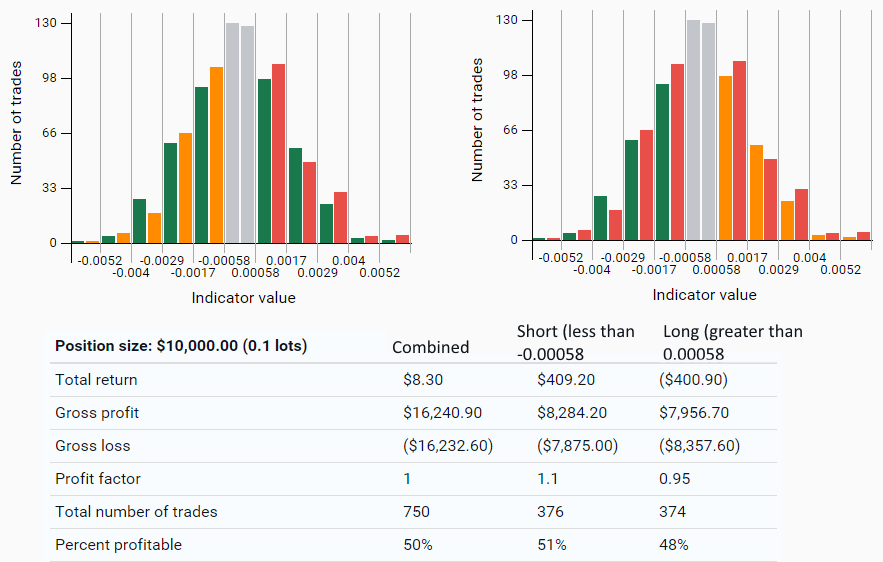 Since these tests are easy to run, I analyzed a few more commonly used MACD settings from other reports. I could not seem to find a consistent pattern over the past few years of data for the EUR/USD 1-day bars. Some of the MACD settings I tried: 19-, 39-, and 9-period EMAs, 10-, 20-, and 5-period EMAs, and 19-, 39, and 5-period EMAs. For every set of parameters I went long when the Histogram was positive and short when it was negative.

For all of the settings, I was unable to find a consistent pattern in the MACD histogram from 01/01/2012 to 03/30/2015 by analyzing the distribution of empirical data.

There are a few potential reasons for why we were unable to find a consistent pattern on 1-day data. The MACD Histogram was developed with commodities in mind and the MACD Line and Signal were developed for equities and stock indexes. These assets trade inherently differently from each other and from Forex. Most likely, the MACD settings were optimized for these assets and timeframes. To use the MACD Histogram, we want to make sure we are analyzing and building our strategy over the same data we are going to see in the future.

If you have been following our webinars and some of the strategies that we have published, our analysis generally points to the MACD Histogram as a great indicator to identify overbought and oversold conditions when used on the major currency pairs. Tad Slaff steps through a MACD Histogram and CCI strategy where he found the Histogram could be used as a mean-reversion indicator. Additionally, I found similar results in a USD/CAD strategy, where the Histogram acted as a great filter for trend-reversals. Let’s dive a little bit deeper into a shorter timeframe to see if we can find a historical pattern.

From my own experience, I have found that the MACD Histogram is successful on shorter timeframes in finding opportunities that go against the trend rather than as a momentum indicator for trading in the direction of the trend. 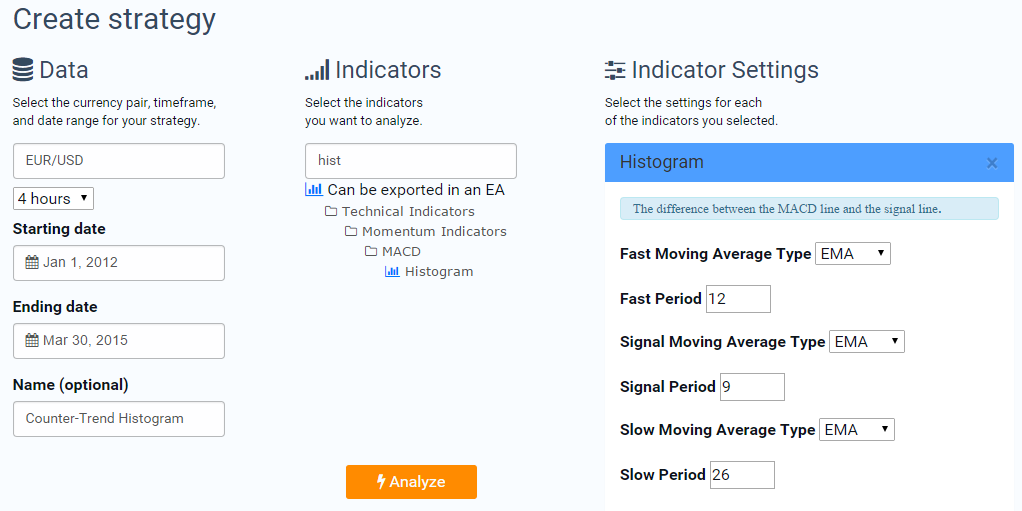 And here is the distribution with the ambiguous data grayed out and the bars all colored dark green or red for visual clarity: 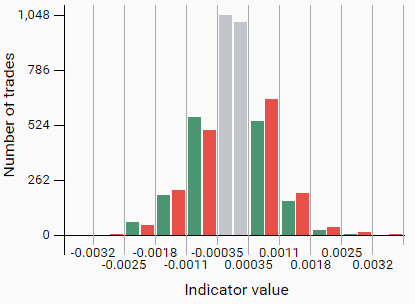 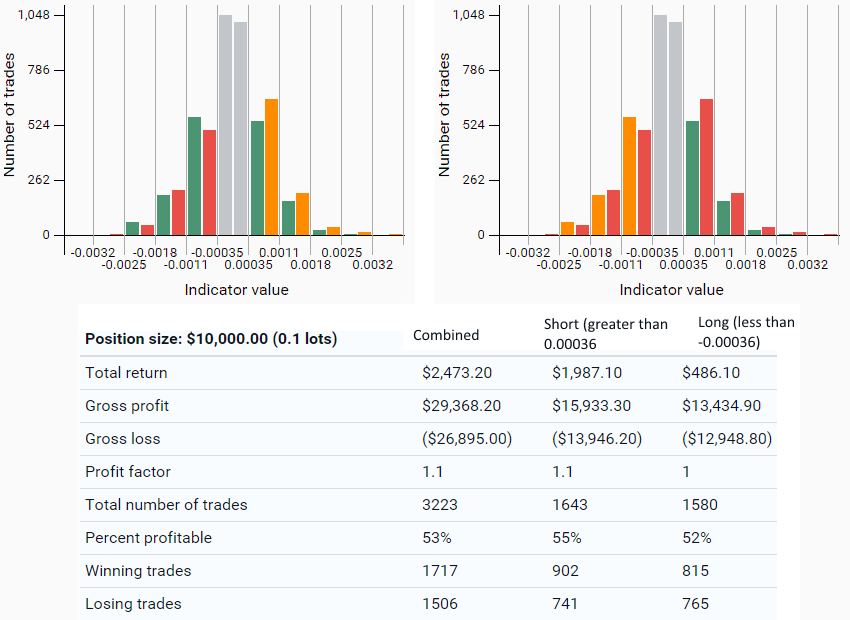 Further, if we look at the bars that are just positive and just negative and ignore where the Histogram has a higher absolute value or, in other words, where the Signal Line is diverging from the MACD Line, there is an even stronger counter-trend pattern. 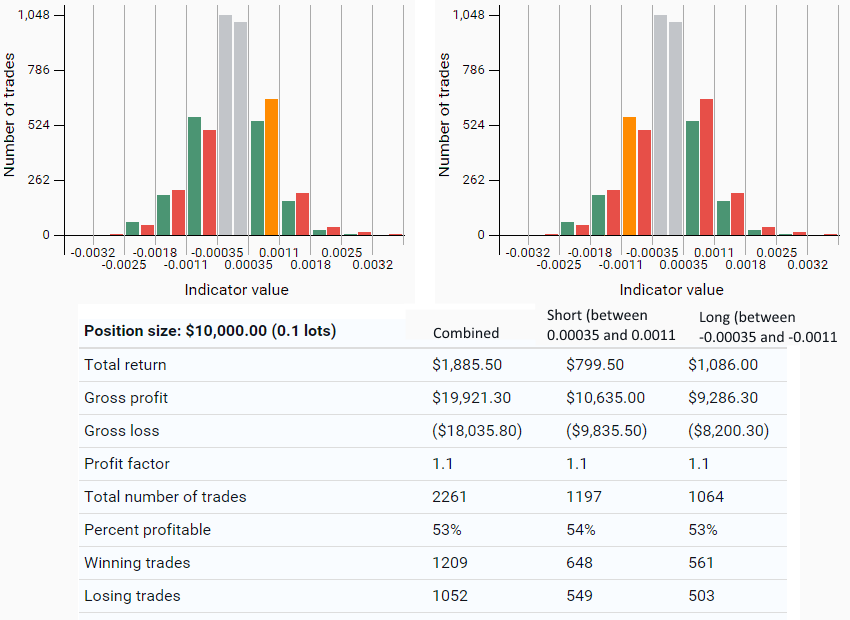 We could not find a historical pattern on the EUR/USD 1-day bars using the variety of commonly used MACD Histogram settings that we used. It is often best to incorporate our own domain expertise and experiences to build our strategies and this is exactly what TRAIDE is good at. TRAIDE will allow you to test and build strategies based on your own intuitions.

In this case, I commonly use the MACD Histogram on lower timeframes than 1-day bars, like 4-hours, on major currency pairs like the EUR/USD. I typically use the Histogram as a counter-trend feature of the MACD rather than a momentum indicator and, using TRAIDE, I was able to support my theory with data. Using TRAIDE, we were able to demonstrate that there is a historical pattern to the MACD Histogram.

This information could be used to filter out trades you are unsure of or as the first entry criteria for your trades.