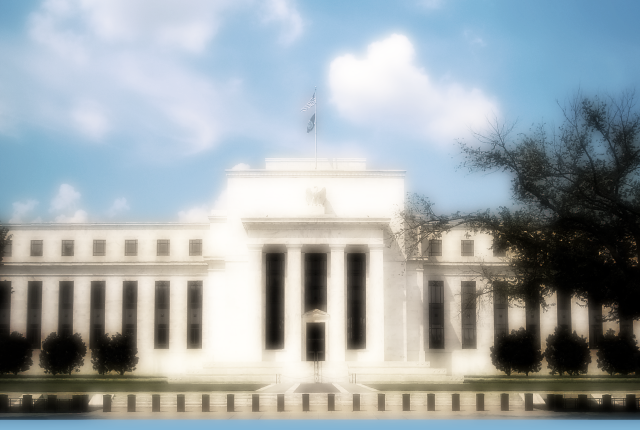 In the previous article, published last Thursday (12/10), we looked for evidence to support the claims that the Fed is going to raise interest rates on the 16th during the FOMC meeting. We looked for a signal from the spot FX EUR/USD market and for a signal in the daily effective federal funds rate.

What we were looking for:

We didn’t really see either. The EUR had been appreciating against the USD and volatility has remained low. The daily effective rate has been relatively flat and volatility was normal and predictable.

The EUR appreciation against the USD has pretty much stalled with today being an exception as it appears bears are beginning to take hold. Volatility has increased in the past couple days and has a nice uptrend.

If we look at the daily effective rate, we see there has been a very small increase in the daily rate at which banks are lending to each other.

Another piece of evidence that the Fed is going to raise interest rates comes from Yellen’s last speech on Dec. 2nd where she said that if they do not raise rates soon (policy normalization), it could be dangerous to the economy as it might call for an abrupt tightening at some point down the road, which would be too late. Most of the speculation that the rates will increase comes from that speech.

There is very little data to suggest a rate increase, but, speculation is another tool that the Fed uses. Not raising the interest rates, even if it is very slight, might cause more alarm than any damage that could be done by raising rates very slightly.

The most likely outcome during the meeting tomorrow is a slight increase the target rate.

In the next article, we will explore how the interest rate increase effects you and how you can capitalize on an increasing interest rate using TRAIDE.